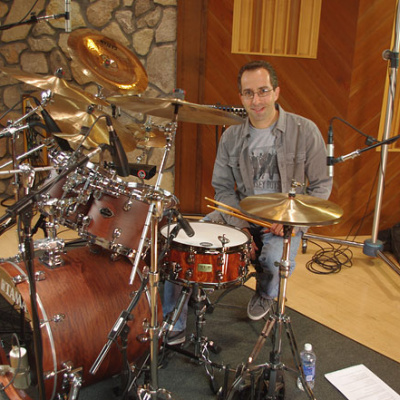 Joe Bergamini is a drummer from New Jersey in the United States. He is the co-founder of the instrumental progressive rock band 4Front. Bergamini is known for his work in the area of drum education. He has operated his own private teaching practice since 1990, and among his many successful students is jazz drummer Mark Guiliana. In addition to having given many drum clinics in schools and retail stores in the US, Bergamini has also appeared at large international drum events including the Percussive Arts Society International Convention (PASIC) in 2013,the Ultimate Drummers Weekend (Melbourne, Australia) (2002 & 2007), The Cape Breton Drum Festival (Nova Scotia, Canada), and KOSA (Vermont, USA).
In 2007 became the Senior Drum Editor for Hudson Music